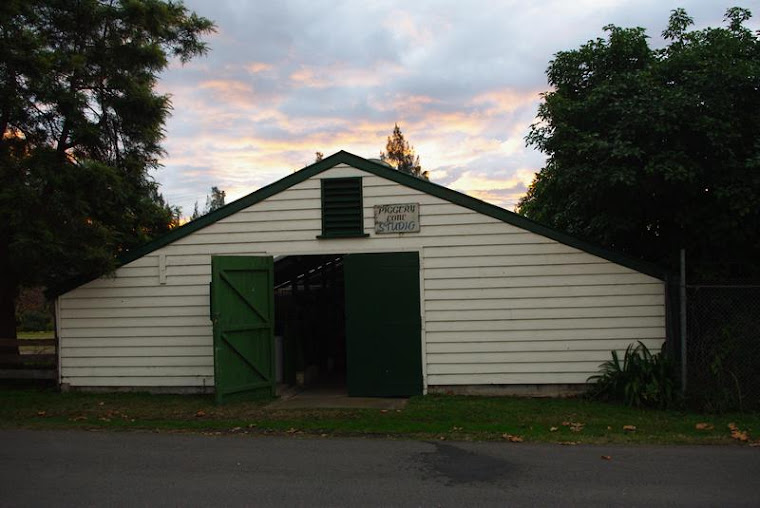 The Piggery Lane Studios and Gallery is a little off the beaten track, being on the sprawling grounds of  the Western Sydney University (WSU as it is now called) but we do have the occasional visitors dropping in when they see the door open.

With the recent 130th anniversary of what was the Hawkesbury Agricultural College we had a number of former faculty and students from the 50's 60's and 70's expressing delight at seeing the Piggery still as it was!
There was a  Function at the Hawkesbury Earthcare Centre the other evening and we had 20+ visitors come across for over and hour enjoying and discussing Art.

This weekend is the annual Hawkesbury Artists and Artisans Trail (HAAT) Open Weekend, and the Piggery will be open for visitors on Saturday 23 and Sunday 24 April, 10 am -4pm 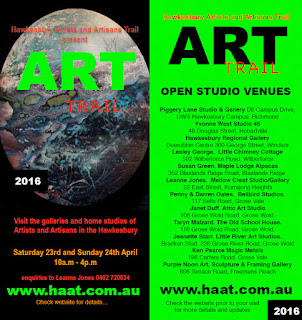